Over the summer we at Listenwise have continued to select and post daily current events. So, we wanted to highlight some of the summer’s most engaging current events that you can use with students to get their attention and get them engaged in listening.

Grader Makes a Discovery about Lionfish in School Science Fair

Lionfish in Florida cause anxiety for fisherman because they are invasive and have no known  predators. But until a sixth grader did a groundbreaking science fair project (with some help from her dad), scientists  assumed lionfish couldn’t survive in fresh water. Her project caught the attention of a large science publication. This public radio story will wow your students and explain how she did it.

Which has a bigger impact on brain development, time in the classroom or time on the playground? New scientific evidence shows that structured free play has a significant and positive effect on children’s brain development and social interactions. Scientists who study the effect of play on rats have found that 1,200 genes are activated when rats engage in play and one-third of these genes are significantly altered. Use this story with your class to help them understand how recess and play could impact their grades!

The number of unaccompanied minors crossing the Mexican-American border has  increased dramatically recently and sources say that it’s due to a failing immigration system.  Although a large number of children are found by border patrol, many evade authorities  and cross into the country by themselves. Share this story with your class to help them understand what’s driving them across the board and what happens to them when they arrive.

Recycled Toilet Water is the Solution for One Drought-Stricken Town

A Texas town has been living in severe drought conditions for three years and decided to recycle water from toilets, sinks and washing machines to meet their water needs. Water plant officials say that the water is completely clean of bacteria, but residents would rather drink bottled water.  What would your students do? Listen to this public radio story and then discuss with your class.

Fire ants are known as nature’s “engineers” for their ability to morph, heal, and flow through continuous team work. They can build bridges as well as self-sustaining water rafts that can float for weeks. This is an amazing story that will captivate your class! 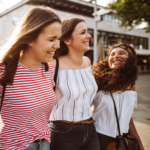 Applying the CASEL Framework with Podcasts to Teach SEL Skills 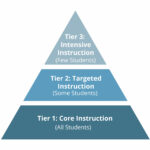 Listenwise as a Tool for RTI and Targeted Instruction