Great Stories Get Kids Talking, Even Your ELLs

of the school year and students are still quiet.  You don’t yet know their stories yet. Current events and debates can be a great way to encourage kids to come out of their shells and to learn more about each other.

The Listenwise team saw Miriam Morgenstern do just this when we visited her US History class of English Language Learners at Lowell High School in Lowell, MA. Miriam created a supportive and engaging lesson around the Listenwise current event No Guns with Coffee. As students debated gun control they shared stories from their own lives and came to a newfound understanding of gun ownership and rights in the United States.

This story’s real world connection to gun control, whether people should bring guns into Starbucks or not, helped students see the Second Amendment in action for the first time and a lively debate ensued.  Miriam’s classroom was a safe space and students were able to connect the story to their lives, their home countries, and their current Lowell neighborhoods.

One student asked if this debate over whether you can carry a gun into Starbucks is going on today.  Another asked: Why would you want to carry a gun?  They made connections to how gun ownership is treated in their home countries, which included Vietnam, Cambodia, Colombia, Dominican Republic and Iraq. Another student was confused as to why its legal to carry guns in the US and asked why the government doesn’t change the law.  This sparked a conversation about the Bill of Rights and Constitutional Amendments.

Miriam developed this lesson (see at right) to serve her ELL students by having
students listen multiple times, adding a graphic organizer, and supportive vocabulary and visuals. During the first listen students focused on understanding the story and determining the main conflict. During the second listen they focused on Point of View and analyzed the role and opinion of each of the speakers in the piece. They used a graphic organizer to guide their discussion after the second listen.

We were thrilled that all of the students, from beginning language learners to students with high English proficiency, understood the story and the opposing sides of the gun debate.

Miriam herself has blogged about using Listenwise at Facing History – read more here! 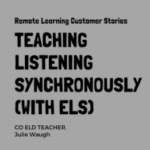 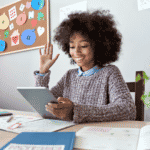 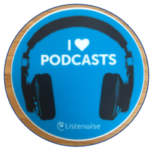 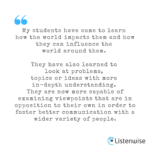 What Teachers Are Saying About Student Learning with Listenwise