We’ve published many new stories recently. Choose a topic and share these stories with your students!

Education Around the World 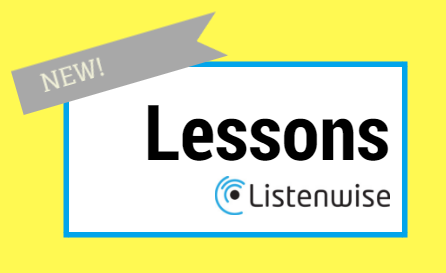 Access to education varies all around the world, and especially for women and girls. Listen to this story to hear how school for girls in Kabul has become more accessible, but is still not where it should be. Listen to this interview with the author of the book, The Kids of Kabul and learn more about the challenges faced by Afghan children and women, especially in the area of education. Education for girls is lacking in other places as well. Malala Yousafzai, the Pakistani teenager who was shot by the Taliban, showed the world just how difficult it is to receive an education as a female in Pakistan. Listen to an audio story about girls who are fighting for their rights to an education in Pakistan despite dangerous obstacles and a lack of support and finances. This current event lets you hear from two women attending University now that ISIS occupation ended in Mosul, Iraq, as they describe their goals.

Do you ever wonder what an author’s life was like outside of their writing? Listen to this story of Samuel Clemens who went under the pen name, Mark Twain, and lived a much more tragic life that Twain’s stories suggest. Another author, Richard Wright, did the opposite and wrote stories, such as Native Son, based on his real-life experiences. Listen to hear from Wright’s daughter discussing her father’s work and how it compares with his real life and her life. Author Orson Welles once staged a radio play that managed to make people believe the world was ending by an alien invasion. Listen to hear how fictional writing has the potential to cause real-life panic. An author’s writing can also shed light on things happening in society. Listen to hear about how Harriet Beecher Stowe‘s anger towards the way people were treated in the 1800s made its way into her famous story, Uncle Tom’s Cabin. For JD Salinger, fame was something he never wanted. However, this story shares how The Catcher in the Rye made Salinger too well known for his liking.

How Stories Still Have An Impact Today

Some stories never lose their popularity as they continue to have an impact on next generations. In “Death of a Salesman”, the character of Willy Loman is still powerful and resonates today. Listen to this story about how Shakespeare’s “Hamlet” was performed in countries around the world over a two year period. The Blind Side, a more recent story, has educated readers on how the offensive left tackle is a crucial part of any American football game, and how the power of kindness can be transformational.

Foods Both Modern and Ancient

Students are planting, growing, and eating food that they make in the backyard of their schools. Listen to learn how easy it is to start growing food like popcorn and why students, and parents, love it. Speaking of popcorn, listen to this story about the history of popcorn and the how it was a snack for the Aztecs long before it became a movie theater favorite.

Did you know Leonardo da Vinci used the scientific method long before historians thought it was discovered? Listen to this story to learn how da Vinci was more than a painter and sculptor. Another recent scientific discovery answers the question of how cats always land on their feet. Listen to this story to find out how cats seem to defy the laws of physics. An engineer who worked on the Challenger space shuttle that exploded 30 years ago, tells about his experience. He emphasizes how essential scientific proof is to make sure a rocket would be safe for take off.

The 13th Amendment was thought to abolish slavery. However, this story hears from the director of a documentary film who explains how mass incarceration is an extension of slavery. The 1st Amendment separates government from religious institutions and the preference for one faith over another. Listen to this 1st Amendment story about the current tax-exempt status of churches, evidence of how our founders dealt with the issue, and the legal challenges of banning immigrants from certain countries.

Announcing the Lexile Framework® for Listening: Coming Soon to Listenwise! 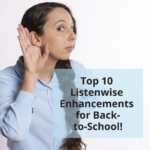 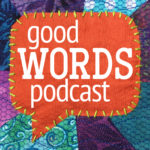