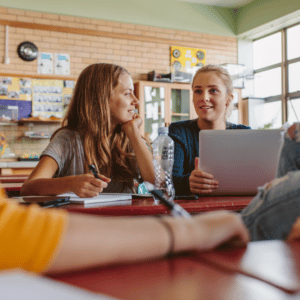 Anyone who has spent extended time with children is aware that kids love to debate. Forming and challenging opinions through argument is a necessary skill set for membership in a family, a community, or any social group. As they grow, however, the demands associated with both constructing and deconstructing arguments increase.

Students need guidance in making effective arguments backed by solid reasoning and evidence, and teachers have an important role to play in supporting that development. Composing compelling arguments is essential to success in higher education, the world of work, and other aspects of everyday life. Students also need instruction in analyzing the arguments of others so they can distinguish between those that make logical sense and those that are flawed in order to inform countless important decisions in their lives.

Below are some suggestions for activities to support students in making arguments in writing informed by Listenwise debate stories.

Why Teach Debate in the Classroom

Teaching written argument is a key focus of the Common Core State Standards at all levels. The very first anchor standard for writing states that college and career ready students need to be able to, “Write arguments to support claims in an analysis of substantive topics or texts using valid reasoning and relevant and sufficient evidence.”

Listenwise debate stories offer discussion and analysis of a variety of interesting contemporary issues that are well suited for practicing written argument. For example, stories about affirmative action, violent video games, and e-cigarettes present multiple perspectives on issues that are being debated in the public sphere. This blog post about debates provides some starter ideas for activities that engage students in discussing weekly debate stories.

Gathering information about a topic is an important step in making a cogent argument, and Listenwise stories provide reliable information about all kinds of issues that are currently being debated in the world beyond the classroom. Invite students to listen to a Listenwise debate story and ask them to take notes as they listen in a t-chart. At the top of the t-chart, they can write the question that frames the debate and label the two columns Pro and Con. As they listen, students can list reasons supporting each position mentioned in the story. Many debate stories pose a question that invites further investigation, such as if people should be allowed to rebuild on the coast after major storms or whether birth order matters.

You may want to assign all of your students the same story first, so they can practice identifying positions, reasons, and supporting evidence. After they have had some practice and additional instruction, you might invite them to choose any debate story that interests them and follow the same process. You may also want to ask them to do additional research to augment the information provided in the audio story.

Once they have gathered information, pair students and ask them to take opposing sides on a particular debate and argue orally, either in person or via video chat if working remotely. After they have listened to the same story, ask them to write down their positions and read them to each other. Then they can take turns arguing their positions, trying to persuade each other by citing reasons and evidence from the story. They might argue, for instance, about whether social media companies should do more to stop bullying, or if there should be universal basic income. Then they can switch partners and argue the opposite position. They can make notes about what they learned from their oral debates that they can use in their written arguments.

Online discussions are an excellent forum for helping students articulate and strengthen their arguments. In addition to providing a space for groups of students to engage with each other around a given issue, discussion forums offer the benefit of leaving a textual record that students can build upon in writing an essay. Ask each student to choose a Listenwise debate story of interest and complete a graphic organizer stating their position on the topic, their reasons, and evidence to support each reason. Then, ask them to state their positions in an online discussion forum post. Next, ask students to reply to each other’s posts with (a) clarifying questions, (b) additional support, or (c) counterarguments. Students can reply to each other as many times as needed to solidify their arguments.

Once students have organized their arguments and tested them with others, they should have ample material to write an essay making an argument for a specific claim. It can be helpful to ask students to post their drafts to a blog, allowing others to add comments, responding in ways that help to strengthen their arguments, such as asking clarifying questions, offering additional support, or making counterarguments. For example, if a student argues in her blog post that technology helps students improve their writing skills, she might strengthen her final essay by responding to a counterargument posed by a peer in a comment, as well as by adding evidence noted by another classmate.

There are many ways to use Listenwise stories to help channel students’ inclination to argue into the productive academic work of developing effective written arguments about important issues. Whether as an exercise to build skills in stating and supporting a position on an arguable topic or as a starting point for essay writing involving additional research, these activities can be integrated into the writing curriculum at any level.

In Remote or Hybrid Learning, Linking Listening and Reading Is Key 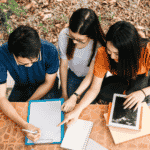 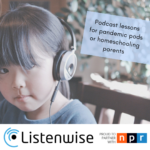